59 Years of Doctor Who

Wishing this show a happy 59th anniversary. With a new production team in charge and making some good decisions already, the Diamond Anniversary next year should be a good time.

In any event, a lot is riding on it, considering how problematic the current ratings are. But I am confident in the skill of Russell T Davies.

Posted by Silent Hunter at 9:38 PM No comments:

Email ThisBlogThis!Share to TwitterShare to FacebookShare to Pinterest
Labels: Anniversaries, Doctor Who, Television

Probably won't be watching very much of this at all, except the England games, maybe not even those as the Monday game is at 1pm UK time and I will be in the office. I am in the work sweepstake, but that's supporting charity.
Alas, this isn't the first major sporting event to be held in a dodgy country and it won't be the last. Boycotts have an appeal, but they tend to not actually bring change; that usually comes from within.
So, yeah... let's hope for some good protests.
Posted by Silent Hunter at 2:04 PM No comments:

We are now dealing with another war in Europe, the first for over twenty years, fought over much of the same territory where the World Wars were fought. Millions have become refugees, millions more have suffered.

Please remember them and all those who still suffer from past wars.

Posted by Silent Hunter at 1:27 PM No comments:

Decided to do one last bit of the Loop before the clocks changed and the daylight hours became too short for it to be done safely. It was a warmish day and I worked up a bit of a sweat, losing around half a kilo all in all. 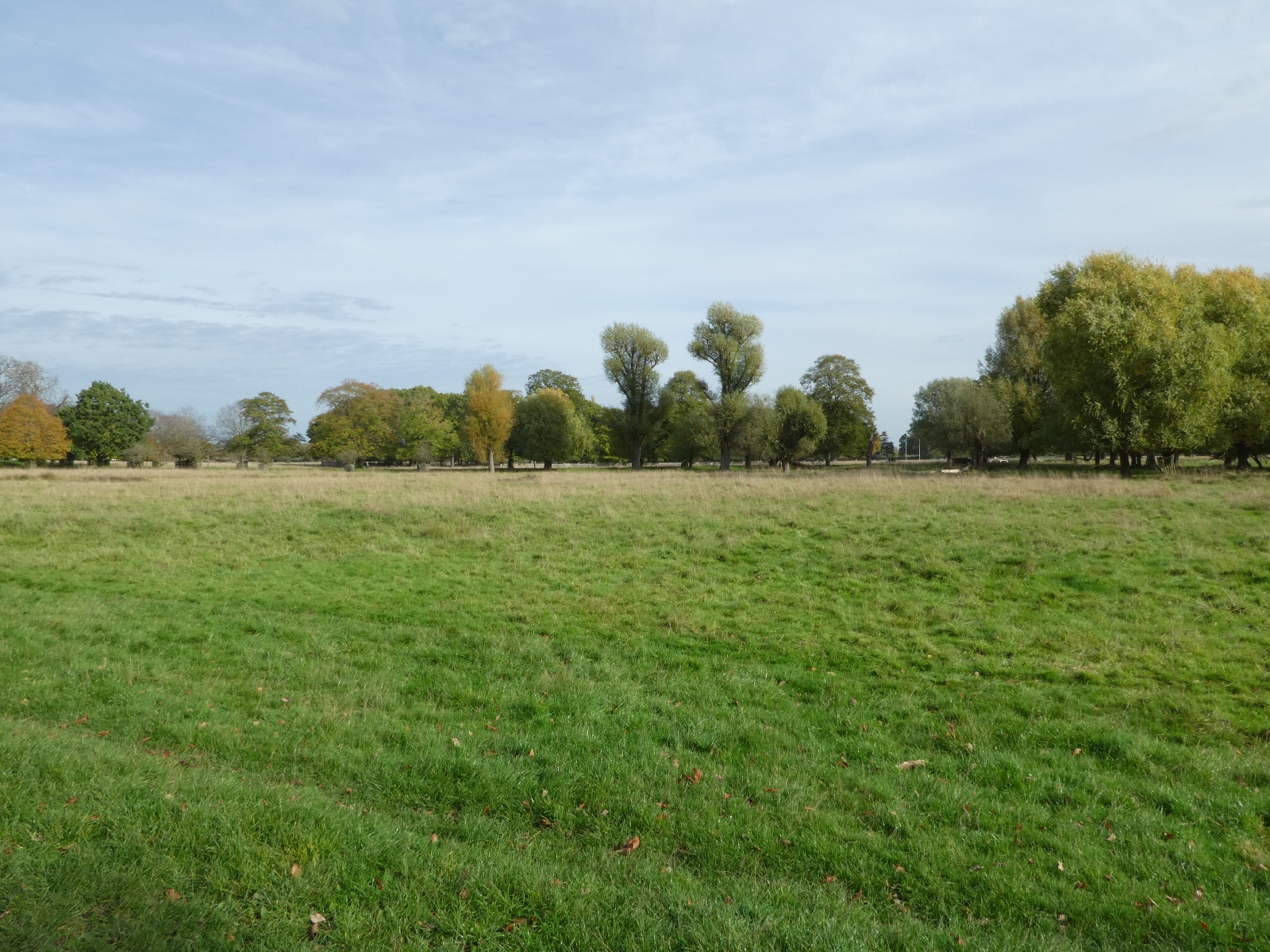 Section 9 is a long one at around nine miles and is pretty much entirely level, although it was a bit muddy especially near the end. It includes Bushy Park with a large wildlife collection, including deer (which are being culled now to control their numbers) and coots. 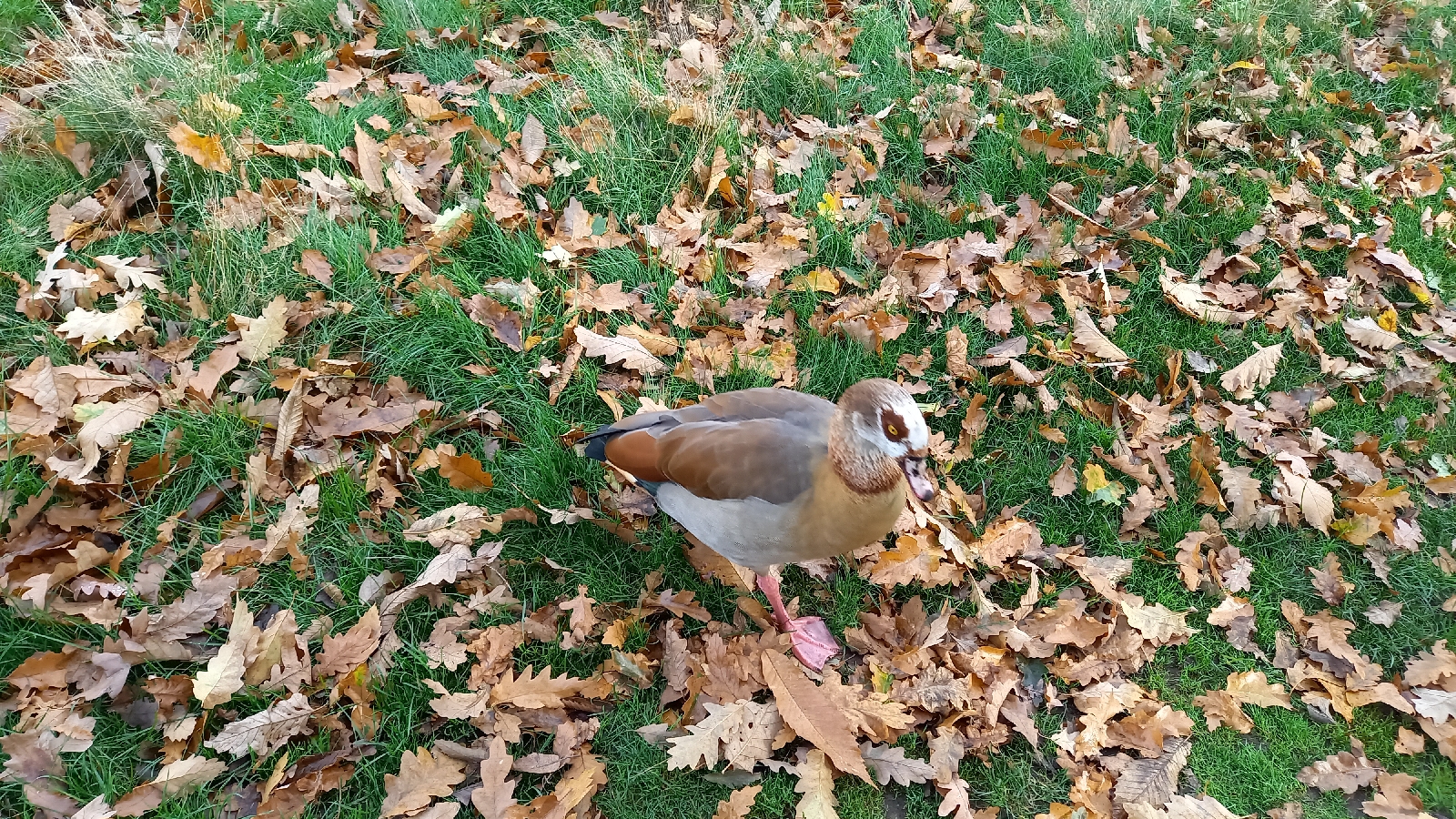 You also go over what is left of Hounslow Heath, which was a notorious haven for highwaymen, but the route is poorly marked here, and the Inner London Ramblers are discussing with Hounslow council about changing the path to follow the River Crane instead. Most of it has now been built on and the only daylight robbery you'll see now are the car parking charges. 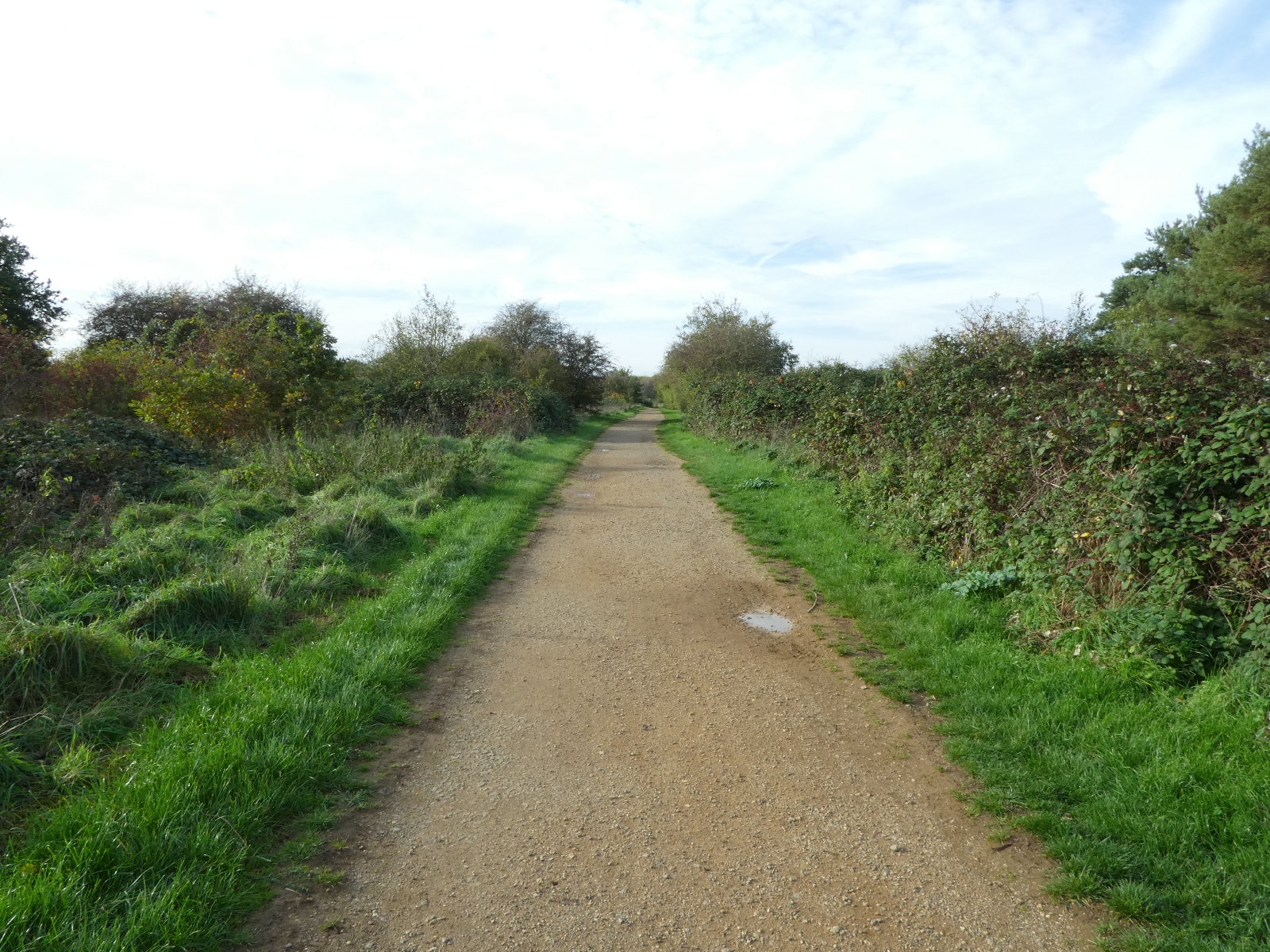 As you go through Donkey Wood and the duck boards, you're under the Heathrow 27L/09R flight path, with aircraft passing over you around every minute and you can read the aircraft numbers. 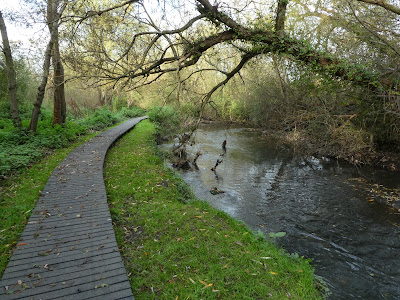 There are a couple of places to eat in Hampton Hill and other spots on the route; I still got round in just over four and a quarter hours. My walk ended at the 1970s-built Hatton Cross tube, for a long train and bus ride home. 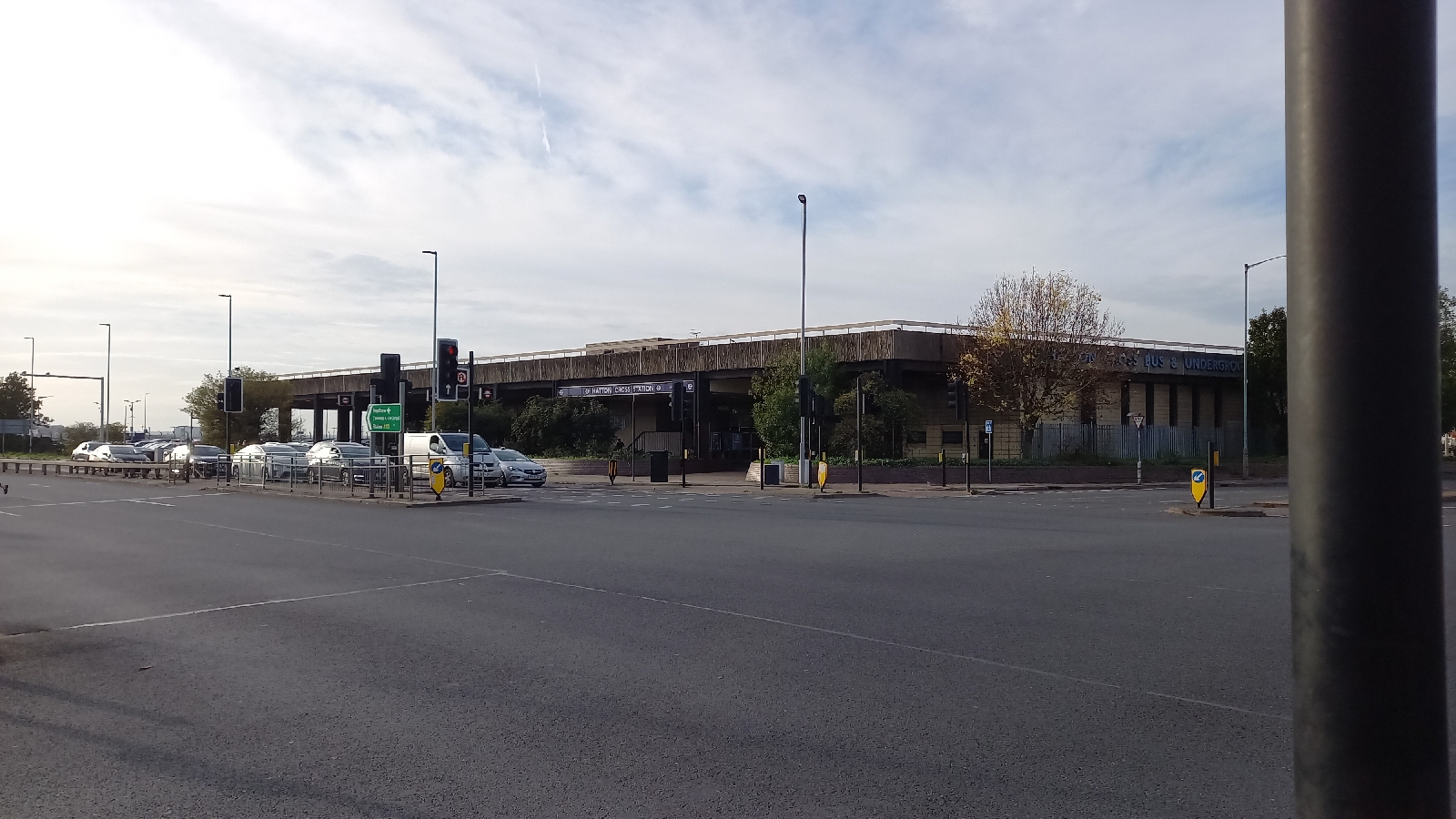 I plan to do Section 10 and 11 together in March next year; when the weather and light is suitable. The aim is to do the other twelve sections of the Loop by the end of 2023, so watch this space.

Posted by Silent Hunter at 4:58 PM No comments:

Doctor Who: The Power of the Doctor

I watched this pretty much live a week ago and I've got to say that I rather enjoyed it. The plot was pretty razor thin - a Chibnall habit - but there was a lot of enjoyable callbacks to the past, as appropriate for a Centenary special.
Jodie Whittaker did a fine job with her swansong and had a good final speech - handing over to a rather different successor than some might have anticipated. But Doctor Who really does need some better security for its production, because it would have even better to be surprised in that case.
Dan wasn't particularly well served, while the ending to Yaz's tenure seemed a bit perfunctory, although perfectly in character for the Doctor, who doesn't seem to like long-term commitments to humans who have a much shorter lifespan.
Ace and Tegan were definitely enjoyable; the former has never really left the show due to her long association with Big Finish.
The Master was crazy as usual and the "Ra Ra Rasputin" dance was highly memorable; I get a feeling Sacha Dhawan's time in the role is probably done though.
Daleks and Cybermen need a rest; they're massively overused now.
Anyway, the Whittaker era is now over - and with Disney now on board, hopefully the show gets a much bigger budget.
8/10
Posted by Silent Hunter at 4:01 PM No comments:

Email ThisBlogThis!Share to TwitterShare to FacebookShare to Pinterest
Labels: Doctor Who

Today marks the end of the Thirteenth Doctor's era, with her regeneration episode, "The Power of the Doctor", airing at 7.30pm tonight in the UK.

It's reasonable to say that this hasn't been the most successful era in the show's history - ratings have declined, popular interest has gone and the quality of stories has been uneven at best. Chris Chibnall, despite previous good work, was not ultimately suited to the Doctor Who gig.

None of this is Jodie Whittaker's fault - she did the best she could with the material - and hopefully she'll find some better stuff with Big Finish.

So, onto Ncuti Gatwa and RTD2; they've got a big challenge ahead of them.

Posted by Silent Hunter at 11:40 AM No comments:

Email ThisBlogThis!Share to TwitterShare to FacebookShare to Pinterest
Labels: Doctor Who, Television

The fastest failure of any Prime Minister that actually managed to form a government in the first place; Truss was utterly unsuited for a Cabinet role, let alone the top job. She now ends her career as a joke - I wouldn't be surprised if she steps down at the next election.

Hopefully they don't re-elect Boris Johnson. Sunak seems the most competent of that sorry lot.

A general election would be best to clear the air, but why would the Tories vote for Christmas? We'll just have to cope with this shambles as best we can.

Posted by Silent Hunter at 11:41 AM No comments:

Best known for Cracker, Valentin Zukovsky and Hagrid, he was a brilliant actor who added a lot to anything that he was in.
Rest in Peace.
Posted by Silent Hunter at 8:02 PM No comments: