Instead of a series of reviews, I'm going to do a single post with a paragraph or two on each episode. The critics seem to like it and hopefully I will to.

If not, there is always the delete button...
Posted by Silent Hunter at 7:54 PM No comments:

In this post, I will be covering some of the other things that I saw when I was in Berlin last September.

Let's just say that on the Saturday that I visited Innotrans, my legs ended up very sore and I broke my personal step record by quite some margin. 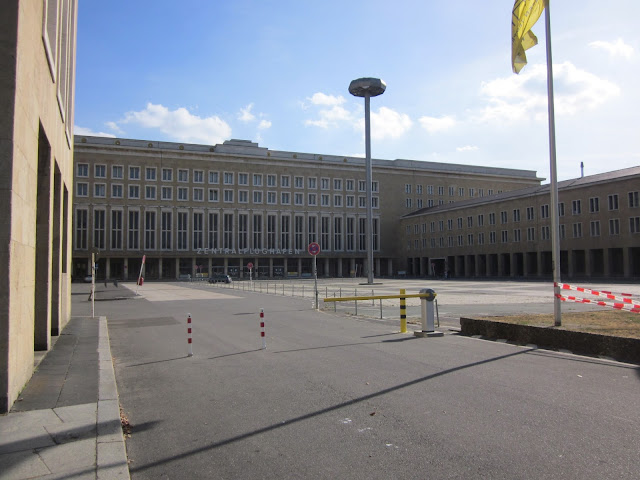 Closed since 2008, the former main airport of West Berlin is now a large park area. The main terminal area itself is not open to the public, but is planned to be part of a large museum from 2018. It's pretty rare to find such a major aviation facility in a city centre that's for sure.

The new central rail hub of Berlin, opened in 2006, this five-storey facility hosts services that go as far as away as Moscow and is one of the best stations in Europe architecturally. The layout is much better than St. Pancras and the 'spotting' is truly superb, with a brilliant array of rolling stock and locomotive power on display. 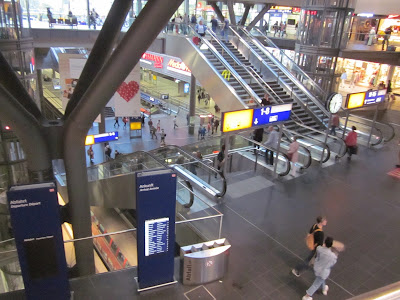 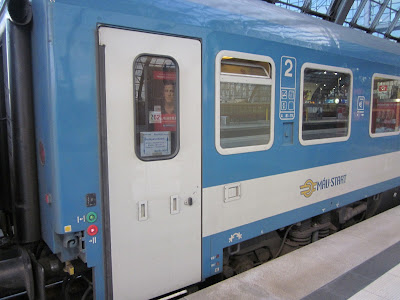 It is common place for non-multiple unit international trains to formed of coaches from more than one country; they are designed to work together pretty easily and this blue coach is a Hungarian one, for use on a Euro Night sleeper train going from Berlin to Vienna via Prague and Brno, with through coaches to Budapest. A through coach is a carriage that is uncoupled from one train and attached to another; the Orient Express of old comprised many of these. 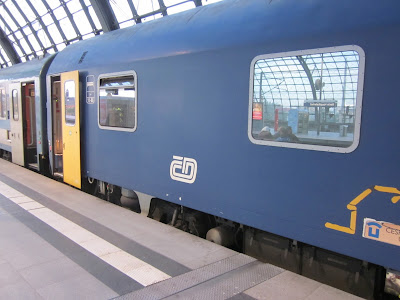 From the same train, a Czech carriage. 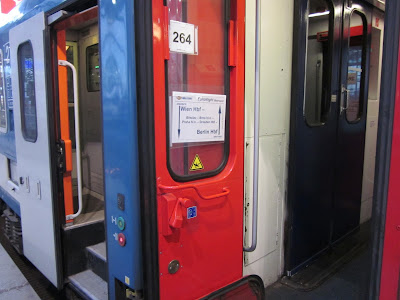 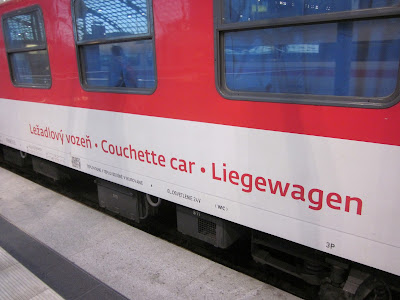 Finally, a Czech couchette car. Couchettes are sleeping compartments designed to host four or six people; so the 'couchette avec moi' joke doesn't work unless the passengers are very unusual... convention is that you don't fully undresss. 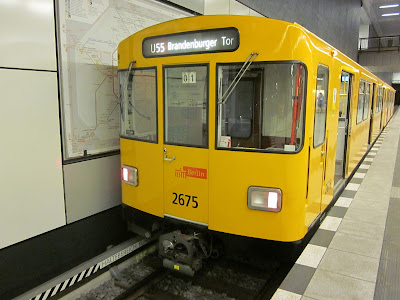 Berlin's U-Bahn network has a general rule about not taking photographs without permission; I was able to get permission to take some photographs in the Hauptbahnhof's station. Currently this is only served by U55, a short line that runs from here to the Brandenburg Gate station; the ultimate plan is to connect this to U5 at Alexanderplatz, but this will not be until 2020. 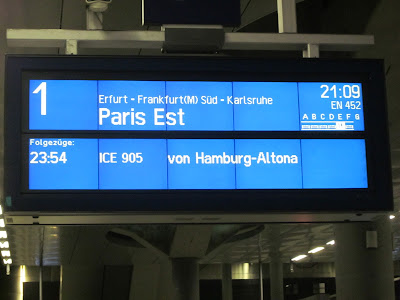 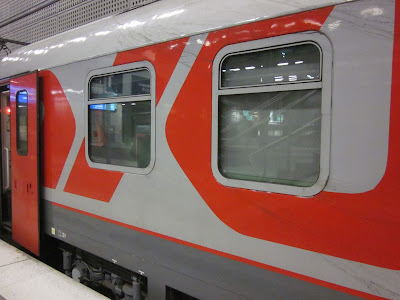 One particular highlight of my trip - and I waited at the station for a couple of hours to see this - is the Moscow to Paris sleeper train. This was running three times a week when I was there; it has now been reduced to weekly only, although there is now a new Berlin-Moscow service to partly make up for it. There were five other people at least taking photos of this one.

With a German locomotive hauling a train of Russian sleeper cars and a Polish restaurant car, this service is an example of international rail cooperation; services like this ran during the height of the Cold War, although the East German border guards often caused considerable hold-ups...

The Palace of Tears

Speaking of considerable hold-ups, Berlin Friedrichstraße station was once a major stopping point on the international trains, although is now only served by regional trains and the U-Bahn.

When the Berlin Wall was up, this station served as the rail arrival point for East Berlin; people coming for visits (say West Berliners visiting relatives) would have to go through a fairly intense series of checks to enter the GDR and also when they were going out; the queues could be very long and there were over 100 cases of people dying there, mostly from heart attacks.

In addition, West Berlin U-Bahn and the S-Bahn trains from the West (operated by the East Germans until 1984) stopped at the station and one could shop for reduced price Western goods at the Intershop duty free establishment without going through GDR checks... although West Berlin police might be waiting on the other side.

The "exit hall", which is now a museum, became known as the Palace of Tears due to the large number of goodbyes that were said just outside it. It houses an array of exhibits linked to the GDR border regime, including the original wooden passport booths used. 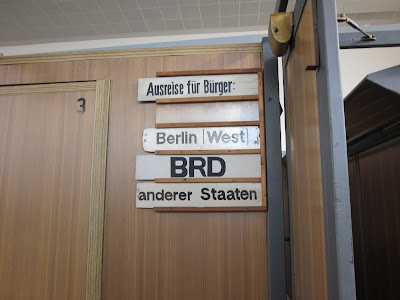 You can step inside these and go out the other side; when I did so, I was immediately reminded of the game Papers, Please.

Well worth a visit.

Home to the German legislature, this rebuilt (after of course being gutted in the 1933 fire used by Hitler to assume total power) structure has been suitably updated to modern times, with a glass dome accessible by a long ramp, a general emphasis on environmentalism and the ability to look down into the Bundestag chamber from said dome, although not to drop Union Jack flags into it if you were so inclined. You need to apply in advance to visit this and go through the standard security checks; there are guided tours in English, but not at the time that I went, which was a Monday evening. 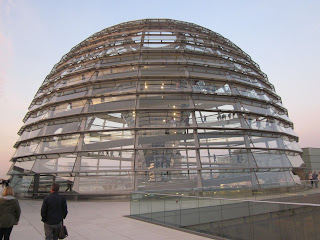 Posted by Silent Hunter at 9:57 PM No comments:

Yes it has been far too long but I am finally resuming this. Things review wise may be shorter but they'll still be funny. I hope.
Make it so.
****
This shipbound tale has three separate plots going on: a murder mystery among a group of diplomats, a mysterious ship following the Enterprise and Spock getting to meet his parents for the first time in four years, which is somewhat of an awkward affair.
The first of these would be good enough for an episode in its own right... but with a lot more work needed. We get some rather sudden developments that occur without warning (including a Kirk fight) and an overall premise that stretches credibility.
The second is an enjoyable affair with a mysterious spacecraft with some good bridge action that does not involve throwing oneself about. Pity we never get a good look at it though.
Sarek will feature in the new show played by James Frain, a man who I will not be able to take overly seriously after he got tied to a bed by Tatiana Maslany with his socks on. Anyway, the superb scenes between him, Spock and his human wife massively illuminate Vulcan culture as well as allow Dr McCoy to excel. Even the end comedy scene is good.
****
Overall, this is a very good episode, although not for the murder part; that's rather weak.
It's the Spock and Sarek story that saves this and does it very well indeed. It runs long and prospers as a Vulcan might say.
8/10.
Posted by Silent Hunter at 5:36 PM No comments: