Doing things with Deltics that you're not meant to do with Deltics... (Train Simulator 2014) 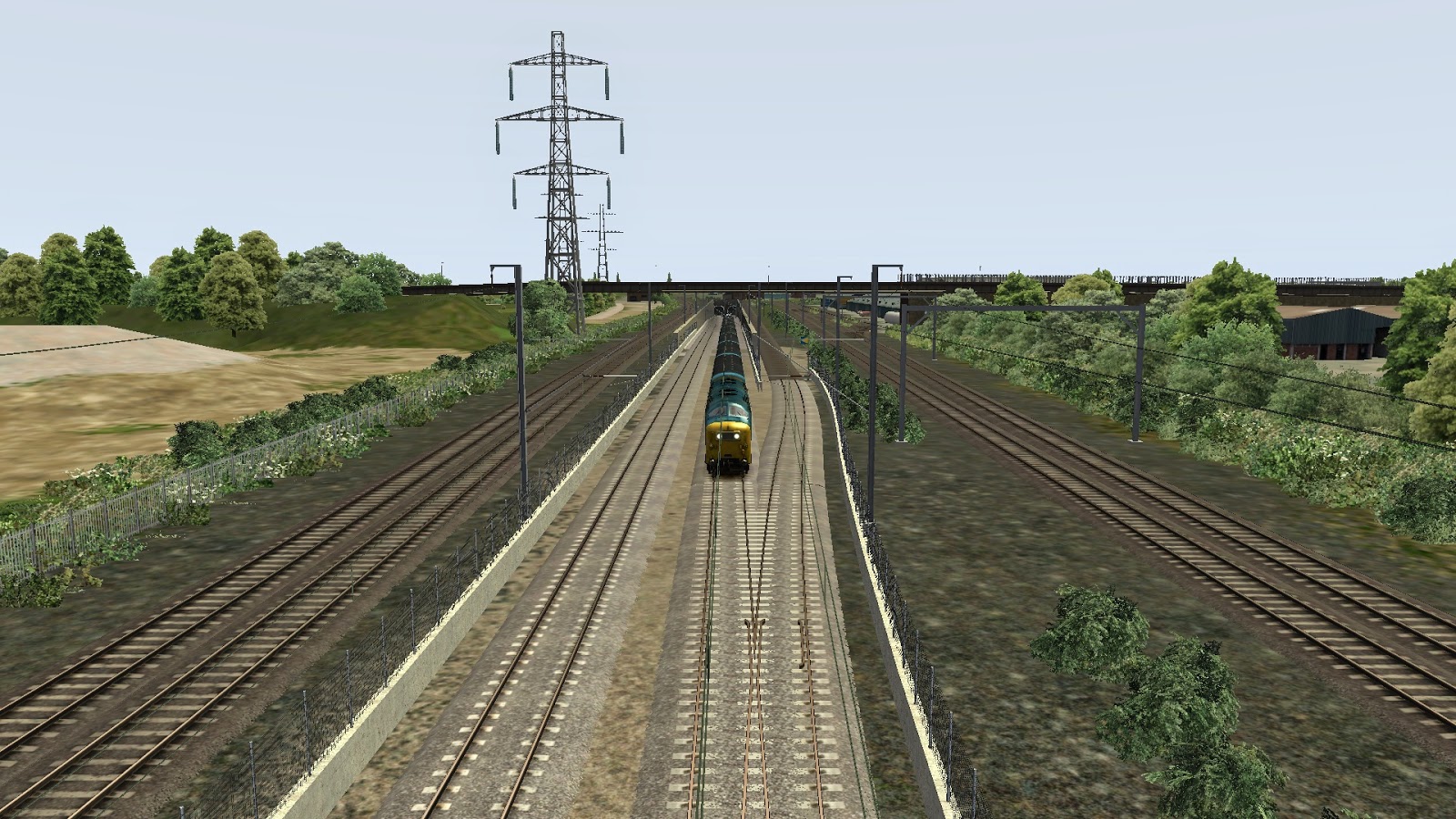 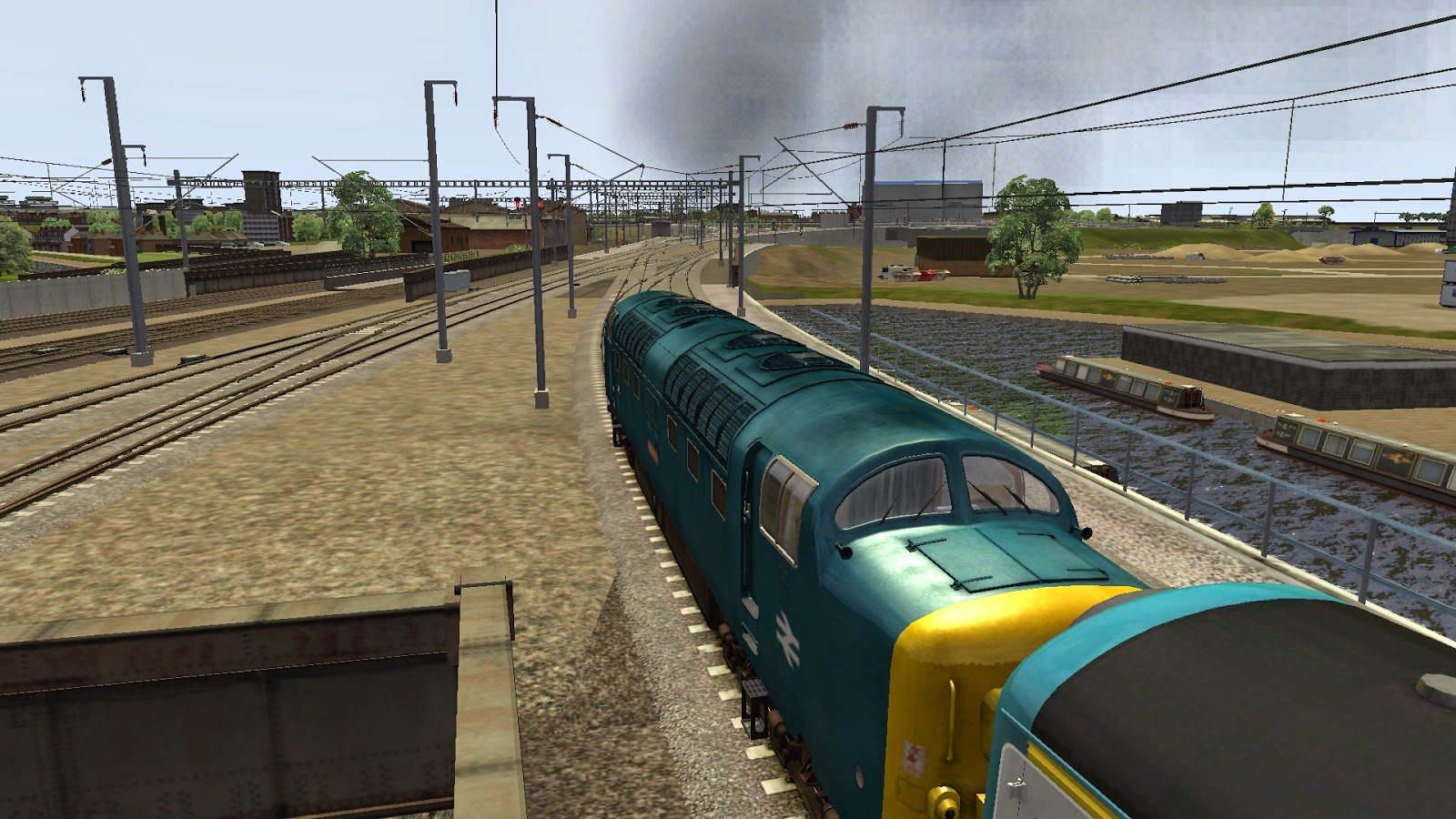 Like bombing them down High Speed 1 at 110mph, with a Mk1 (correction: Mk2) coach rake not even rated for that speed.

I got this game yesterday from Steam after watching one of Qwerty Afro's videos (it was on sale) and also got the £3.49 DLC for the late 1970s Newcastle to York route. I got the original Train Simulator way back when and it's a lot of fun for a railway enthusiast like myself. It will help as I wait for further additions to Arena Commander.

Lots of DLCs, but best to get them when there's a sale on as they're a bit steep.
Posted by Silent Hunter at 8:48 PM No comments:

Today marks the 100th anniversary of the assassination of Archduke Franz Ferdinand and his wife Sophie in Sarajevo, the event that ultimately led to the First World War.

The BBC are doing a 'live' reconstruction of events and it's well worth looking at.
Posted by Silent Hunter at 12:42 PM No comments:

I never expected England to win the World Cup; we struggled in our group and in the friendlies beforehand. I was concerned about us getting out the group; it was a tough one.

However, our performance in our three matches in Brazil was disappointing even for a seasoned pessimist on the England watching front. Time and again we failed to finish the job in our chances, our defending was dodgy and our players lacking.

We can't excuse the heat - our Italy defeat was in conditions more akin to the Premier League and we can't say we had a bad draw, because so did Costa Rica.

Roy Hodgson should do the decent thing and offer his resignation to the FA.
Posted by Silent Hunter at 7:01 PM No comments:

The long sobs of autumn's violins;
wound my heart with a monotonous languor.

Chanson d'automne (Autumn song), by Paul Verlaine. Broadcast by the BBC, these two lines were respectively the “get ready” and “go” codes to Resistance membeers in France to launch massive sabotage operations in preparation for Operation Overlord in June 1944

Today marks the 70th anniversary of the Normandy landings, a pivotal moment in the history of the Second World War and of the whole world. Had they not succeeded, Europe would be a very different place... while Hitler was heading for defeat, we could have had Stalin's forces controlling France and possibly nuclear use in Europe.

I've been to Normandy on a number of occasions and the cemeteries, fortifications etc. certainly have an impact on you. From all that I've read and seen, the sheer courage and ingenuity are pretty amazing.

Ingenuity... managing the logistics for an operation this big was a huge feat in itself. Then there were all the various innovative vehicles and the skills needed to operate them, especially in the glider operations. In addition, the deception operations were masterpieces of subterfuge.

Courage: these were people like me, men in their 20s and sometimes their teens most of them, who rode boats into the teeth of German machine gun fire and scaled cliffs. The Resistance fighters who risked their lives and often lost them to help the invasion. We should also not forget the civilians who suffered.


Of course D-Day was not the end of the story. I'm planning a large post on the campaign post D-Day with the aim to go out on 25 August, the anniversary of the liberation of Paris.

This will be the last big commemoration - the Normandy Veterans Association will disband this year as most of their members are just too old now. The veterans may pass on, but the story of Operation Overlord will never be forgotten.

As they say in France, merci.

Posted by Silent Hunter at 6:15 PM No comments:

It's finally come out... and certainly worth it, even with the delays. My Aurora MR isn't the most weapon-packed ship in the world, but it's easy enough to fly... but a good deal more challenging to fight.

Fighter combat with guns has never been my strong suit, but I'm enjoying this and I look forward to the multiplayer release, which will likely be a lot of fun.
Posted by Silent Hunter at 7:19 PM No comments: