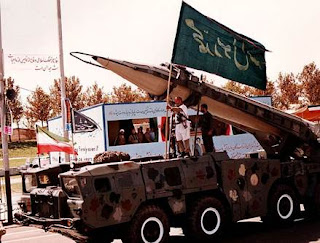 The night was a quiet one for Israel as its government worked its contacts and prepared new ways to exert leverage. The only real event of note was a second Iranian missile launch. Of the four missiles fired, only one actually worked and was blown out of the sky easily.

Natural 12 on the launch roll.

43 more Iranian aircraft had maintenance gripes. It was clear that a major stand-down was needed to fix the problems in the fleet – it wasn’t as if Israel was ready to attack at the moment.

More activity in the coming turns, but with the Israeli defence as it is, Iran’s moves are limited… as we’ll see in the next turn.

Posted by Silent Hunter at 5:17 PM